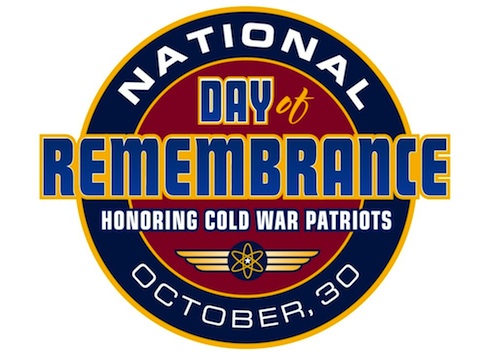 DENVER, CO – On October 30, communities across the country will honor the sacrifices of uranium and nuclear weapons workers who served their country during the Cold War Era. The U.S. Senate unanimously passed a bipartisan resolution last month designating October 30, 2011, aÂ national day of remembrance.”Since World War II, hundreds of thousands of men and women, including uranium miners, millers, and haulers, have served the United States by building our nuclear defense weapons,â€ said Jeff Bingaman (D-N.M.), one of the resolutionâ€™s co-sponsors. â€œI’m glad we’re setting aside time to remember our fellow Americans who have paid a high price for their service to develop the nuclear weapons program for United States.”

The events are organized byÂ Cold War Patriots, a non-profit organization advocating for nuclear weapons complex workers that introduced the National Day of Remembrance campaign in 2009. This year, the organization is using the special day of recognition as a platform to launch itsÂ Remembrance Quilt Project. People attending National Day of Remembrance events will have the opportunity to sign quilted squares to honor former workers. Those squares will be incorporated into a large quilt that will tour the country once itâ€™s completed.

The renewal of the National Day of Remembrance again in 2011 ensures the former workers will get the recognition they deserve. At the height of the Cold War, hundreds of thousands of men and women worked to make the countryâ€™s nuclear deterrent possible. Many of them developed disabling or fatal illnesses because of exposure to radiation and toxic substances while producing and testing nuclear weapons.

â€œOur goal is to make sure that these unsung heroes are not forgotten,â€ said Greg Austin, Chairman of the Cold War Patriots Advisory Committee.

According to the Brookings Institution, between 1945 and 1990, the United States spent at least $5.8 trillion and developed more than 70,000 nuclear warheads.Â  During the Cold War, hundreds of thousands of people worked to build the U.S. arsenal of nuclear weapons. In 2000, the U.S. Congress passed an act to compensate people whose health had been affected.Â  The bill was modified in 2003 to cover exposure to toxic substances.Â  The Department of Labor administers the energy employee occupational illness program including cash compensation and payments for medical expenses associated with work related conditions.

Over 350 facilities in 43 states are associated with the compensation program. In many of them, workers were exposed to high levels of radiation and toxic substances.Â  Significant exposure happened to uranium workers in the southwest, Wyoming, Colorado, Utah, New Mexico and Arizona, and nuclear weapons workers throughout the United States, including Washington, Kentucky, Tennessee, Ohio, Iowa, and South Carolina.

“Individuals who have been adversely affected by our nation’s nuclear weapons programs must be justly honored and remembered for their dedicated work and service to our country,â€ said Mike Crapo (R-Idaho), who also co-sponsored the resolution. â€œDesignating a national day of remembrance in their honor is just one way we can show our support and recognition for their sacrifice.”

Cold War Patriots is the first national network connecting nuclear workers and uranium miners to support and assistance with claims related to the energy employee illness compensation act. Â As they desperately wait for help, these workers are currently dying at an estimated rate of 60 per day. The organizationâ€™s advisory committee includes workers, physicians and an attorney.

Membership in Cold War Patriots is free to current and former nuclear weapons workers, uranium miners, millers, and haulers, as well as other individuals, family members or any interested individuals that support the Cold War Patriots mission. For more information visit www.coldwarpatriots.org or call 888-903-8989.